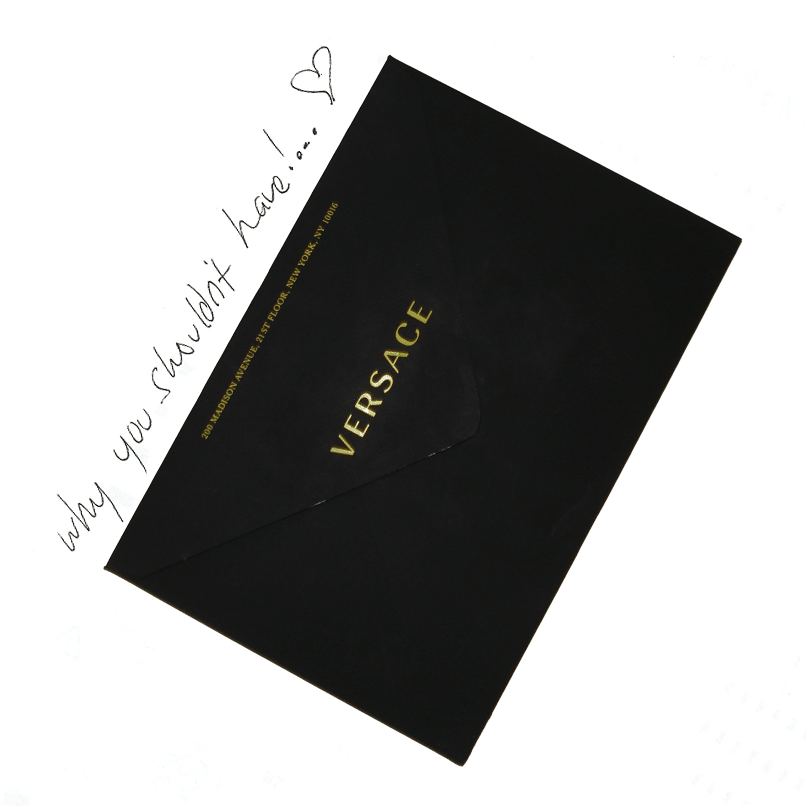 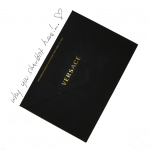 The Versace Invite to SOHO

Today I received a letter from @Versace inviting those in the neighborhood to visit the new Versace Runway shop in SOHO & receive a gift… every now and then you miss a store opening in NYC… or even walk by it the weekend before and still miss it… but given the change at redemption; take it!

What resulted was one of Donatella’s “favorite things” – Round hard candies with the Medusa head raised on them… and myself finding a new pair of woven loafers!

Sweet to say the leaset!

A little on the store: Opened in October 2012. Its the first boutique store for Versace in NYC and has hand-laid imported mosaic floor is modeled after Roman Basilicas built in 800 A.D.